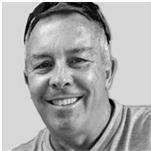 David is an Emergency Management Specialist. He previously worked for the Metropolitan Fire Brigade in Melbourne, Australia for 35 years, and held the rank of Commander of Operations for 11 years. David holds an AssociateDiploma in Firefighting Management and Supervision and is a Rapid Impact Assessment Coordinator for major disasters.

David has lectured in Disaster Management at the Asian Disaster Preparedness Centre Bangkok (ADPC), and lectured and facilitated training in Urban Search and Rescue (USAR) in the Philippines.

He was the Australian Taskforce Leader in the International Search and Rescue Advisory Group (INSARAG) during regional exercises in Manila, Philippines, and has extensive experience within the Asia region, training and advising in Fire Rescue.

David has trained personnel from the Cambodian Government, Security and Safety agencies, as well as the Cambodian International Airport staff. He has been an Associate Trainer for RedR Australia and lectured in the South East Asia region.

David has audited and provided Fire and Warden Training to many major buildings and companies throughout Cambodia, including Coca Cola, Smart Axia, Jin Jin, Prudential, Chip Mong Insee, and UNESCO.

In addition, David has conducted Evacuation Training of buildings for major clients in Cambodia, some of which include the Australian Embassy, European Union, Hong Kong Land, and V-Trust.